Great News! Now you can stream Disney+Hotstar on big screen.

With Ultra Box, you can immerse yourself in the worlds of Disney, Pixar, Marvel, Star Wars and National Geographic on the big screen with Disney+ Hotstar. Don’t have an Ultra Box?

Speak to us and we’ll help you upgrade!

Select this option to activate to Disney+ Hotstar. Click here!

I’m not an Astro customer

Select this option to get Disney+ Hotstar with Astro at great value. Click here!

On the Ultra Box home screen, launch the Disney+ Hotstar app. Log in with your registered mobile number and start watching

What is in Disney+ Hotstar?

The full suite of the iconic brands. You can now enjoy hits from Disney, Star Wars, Pixar, Marvel, National Geographic and Malaysian Hits.
Come and check it out for yourself. 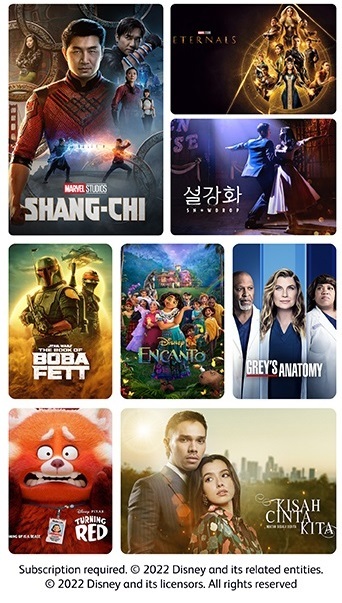 Why you should get Disney+ Hotstar with Astro

All in one place from local to international shows, movies to sports and even news to kids

Download selected series or movies and watch it anywhere, anytime online or offline

Watch on your Ultra Box, Mobile and Tablets and more with one account, no more fighting over remotes!

Why pay separately when our bundles save you money? Get one, all inclusive price today

Get Disney+ Hotstar with us

Enjoy the best entertainment in this all-inclusive pack, featuring Netflix, Movies (with Disney+ Hotstar), Sports and Entertainment Plus Pack.
Tell me more

Discover award-winning films and original series at the home of movies, which includes Disney+ Hotstar & HBO
Tell me more 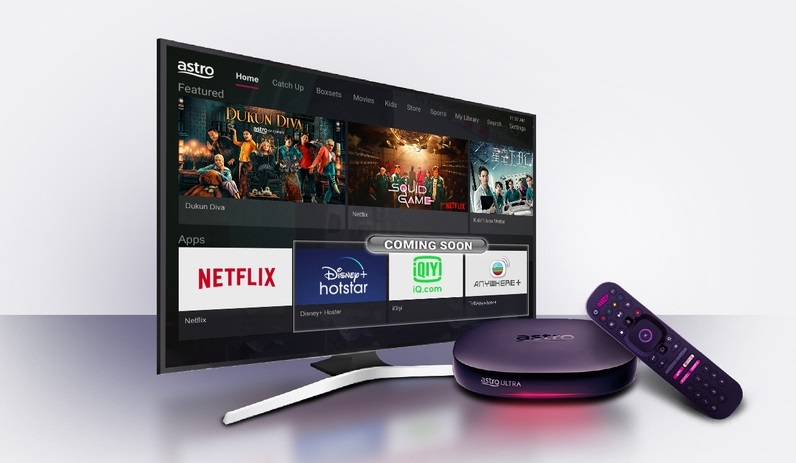 Great news! Soon you can stream Disney+ Hotstar on the TV with your Ultra Box.

What is Disney+ Hotstar and how can I enjoy this on Astro?

Customers can discover Disney+ Originals like Loki, The Mandalorian, WandaVision, The Falcon& The Winter Soldier, and many more - with the convenience of one monthly bill. They can also enjoy the latest blockbuster releases and library content, including Marvel Studios’ Shang-Chi and the Legend of the Ten Rings, Black Widow, Avengers: Endgame, Avengers: Infinity War, and Black Panther; Disney’s live action adaptations – Cruella, Mulan, Maleficent: Mistress of Evil, The Lion King, Aladdin, and Beauty and the Beast; Animation favourites - Disney’s Frozen 1 and 2, Moana and Big Hero 6, as well as Disney and Pixar’s Soul, Coco, The Incredibles 2and Finding Dory. There will also be a robust catalogue of general entertainment series and films such as The Walking Dead, Jojo Rabbit, Criminal Minds, Fresh off the Boat, The Simpsons, Grey’s Anatomy, 9-1-1 and many more.

Customers can subscribe to Disney+ Hotstar via astro.com.my/Disney, as well as via retailers and dealers.

Customers with a Movies subscription will be able to access Disney+ Hotstar including through the following Astro packs: Movies, Premium 1, Premium 3 and Platinum. Alternatively, customers can add on Disney+ Hotstar for RM54.90 for a 3-month pass. You can subscribe to Disney+ Hotstar via astro.com.my/Disney.‍

‍For more support and options for your subscription, please WhatsApp us at 03 9543 3838 and type DH Help. Alternatively, you may visit astro.com.my/Disney for more information.

How to access Disney+ Hotstar with my Astro subscription?

I do not have an Astro ID. How do I get one?

Create your Astro ID anytime by following these simple steps:

How do I access Disney+ Hotstar app on the Ultra box?

Please first ensure Disney+ Hotstar access is included and has been activated as part of your Astro subscription. Once you have completed your activation process, you can enjoy Disney+ Hotstar on the Ultra box with these simple steps.

IMPORTANT: Please note that it may take up to15 seconds for Disney+ Hotstar to load on the Ultra box.